We’re not saying the keys we repair, replace or re-program are in any way run-of-the-mill, but these car keys here are certainly out of the ordinary!

Is it a USB stick? Is it a lighter? No – it’s Aston Martin’s “Emotional Control Unit”, a tricky piece of kit that needed to be inserted into the dash in just the right way to start the engine …  and removed and reinserted in just the right way to re-start it. A bit difficult, we’re told, if you’re trying to get the engine going in a hurry. Oh, and it’s made of sapphire, too

When is a car key not a car key? When it’s a watch. Or the original Aston Martin car key watch – just press on the glass watch face to open up your DBS or DB9. And it tells the time, too.

One of the more expensive keys we’ve come across, from Finnish car key specialist Awain. This diamond-studded number is worth over half a million pounds, and can be customised to start anything from that £70 million ’63 Ferrari 250 GTO to a fifty quid Reliant Robin.

This isn’t actually an ignition key. What it does, though, is retract the spoiler on your Bugatti Veyron, shut the front air diffusers, drop ground clearance to under three inches so you’re ready to go slightly over any legal speed limit – up to 250+ mph.

We’re not quite sure why Chrysler decided to create a car key that glows in the dark. Perhaps they thought it would go well with the name of the model it was made for – the Neon.

No prizes for guessing which marque this key would start. Well, it would if it wasn’t blank and wasn’t being listed on Ebay for over £2,000.

Perhaps not the most visibly glamourous key in this collection, but Honda’s 1990 NSX key was supposedly made from titanium and couldn’t be cut with normal key-cutting equipment. Actually it wasn’t, but what a selling point.

When is something worn on the wrist not an Aston Martin car key? When it’s a Jaguar “Activity Key, of course. It opens F-Pace models when held at the rear of the car and, fortunately for UK owners, it’s not affected by rainwater.

The Kia Stinger has a more aggressive design than other Kia models, and its key fob matches that design. Some say it reminds them of a remote control detonator – but how they’d know what one of those looks like is beyond us.

If you can afford a million pound plus Koenigsegg Agera R, you might want to look behind your sofa cushions for the spare change you’d need for its key. This one is platinum and black onyx, complete with diamonds around the edge – a snip at £250k!

This aftermarket Mazda RX-7 key is, we’re told, educational in that it shows how a rotary engine works, but we think we’d get a better idea from one of their keychains. Still, it’s an interesting look.

A clean, clear (and carbon fibre) design that says it all: you own a McLaren. What more is there to say?!

Possibly the earliest, if not the original key card – not thin enough to fit in a wallet, but still a somewhat thicker slice of automotive history nonetheless. Thank you, Mercedes.

A tiny key for a tiny car. Well, it’s called a Mini, but it’s nowhere near as tiny as the original pocket-sized 1959 Morris Mini-Minor.

Unlike Honda’s 1990 NSX key that they claimed was formed from titanium, the key for a Nissan 300 ZX really was made out of that particular metal.

If you’re driving one of the hundred Pagani Huayras ever produced then you’ll want a key that’s suitable for a six-litre, seven-speed (manual, of course) supercar … with its own USB stick included – like this one.

Bespoke car key creator Formawerx offer this understated key for a Porsche 911. Six holes? It’s all to do with the car’s flat-six engine. How many people are going to recognise it when it’s placed ostentatiously on the table remains to be seen.

Porsche’s 917 was built for speed, and that meant the need to shave off any excess weight – its aluminium chassis weighed, we’re told, less than a hundred pounds … its gearstick knob was made out of balsa wood … and even the key had holes drilled into it for lightness.

Here’s another clunky key card (see Mercedes, above) – not a hope of it sitting comfortably in a wallet … or hanging happily from a keychain. This one courtesy of Renault.

Smartphones. For everything. Need we say more?

Tesla’s Model S key fob looks sleek, but unless you have a copy of the driver’s handbook you’re not going to have much of an idea of where to press on the fob to open the doors or boot (front or back) … or where to find the built-in card reader to hold it against on the car itself in case of a flat battery.

Volkswagen again – and back in the early 2000s, this was a seriously cool piece of car key kit. A flip-out key blade? Wow!

Not as bulky as BMW’s touchscreen key (see above) but with an equally high-definition screen, the Volkswagen PCP key included a satellite link so you could check your VW’s status wherever you happened to be on the planet.

Like we said, these keys aren’t exactly commonplace – especially those diamond-encrusted numbers from Awain and Koenigsegg – but that doesn’t mean we can’t repair, replace or re-program many of them. We have the expertise and dealer-level technology to get you back on the road again, wherever you are in London and the Home Counties – no matter what you’re driving!

1 thought on “Some impressive car keys you didn’t think existed!”

At The KeyLab we take pride in our coverage and capabilties so we always say “if we can’t do it, nobody can”

Get a free qoute! 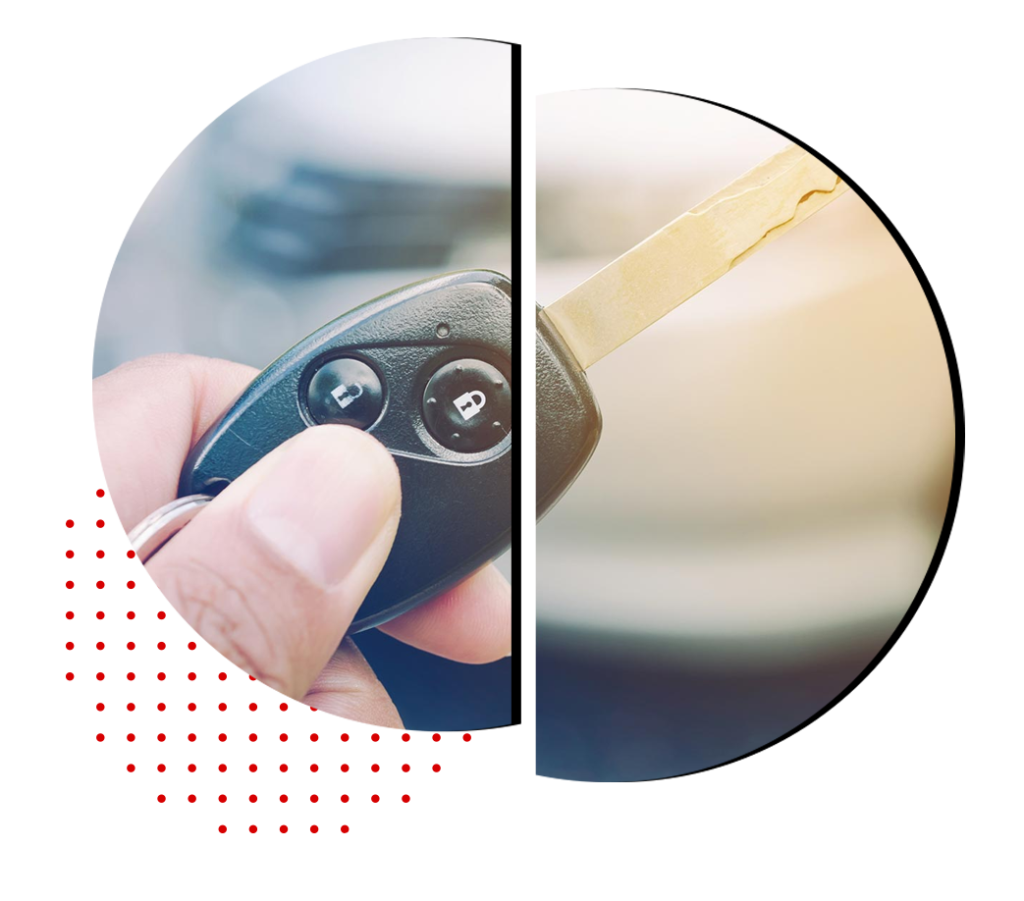